I’ve been a member for almost two years and this month I went to a Liberal Democrat conference for the first time.  In fact, I think it is the first time I’ve been to a political conference since my NUS days at university - too many years ago.

This autumn conference took place in Brighton - not too far from where I grew up.  When I think of the Brighton Centre I remember the excitement of being a 7 year old queuing round the corner in the summer that Star Wars opened.  The LibDem conference didn’t quite have the same glamour or special effects but I was impressed.

As a newbie, you’re invited to join an introductory webinar.  You can ask questions to address your concerns and listen-in to get the low-down from relative veterans.  My takeaway from that was that “…people are friendly…just approach them for a chat…”. I was sceptical about this but it turned out to be true.  Many people there had obviously attended many times and were catching-up with old friends but everyone I spoke to was happy to share their time and experience. 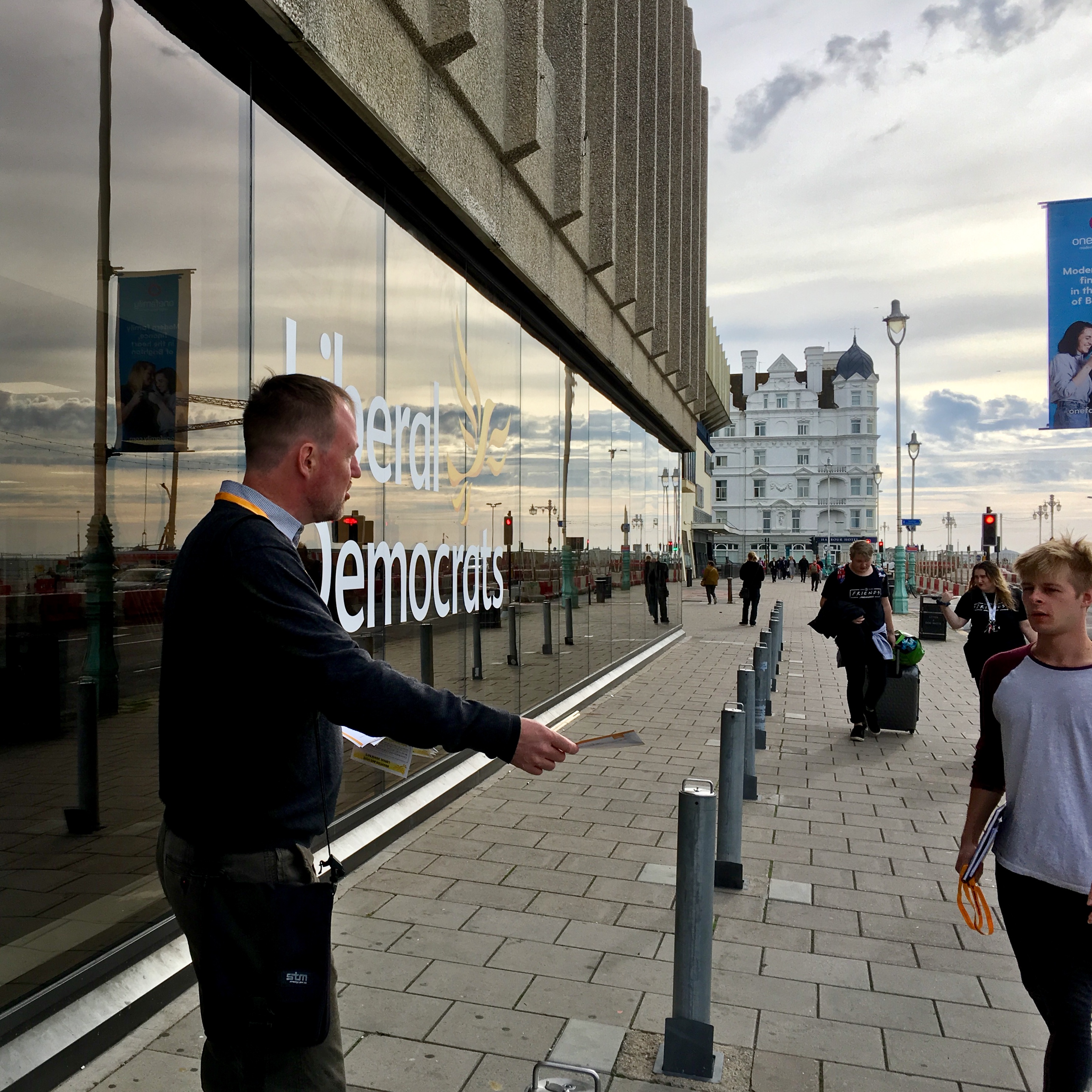 Another way to share in people’s experience is to go to one (or several) of the many training events on offer.  The fringe programme in the neighbouring hotel is packed with them.  First thing on Saturday I was learning how policies are developed, later that day I attended a session on running election campaigns and on Sunday went along to a crowded room where actual MPs shared their experience of actually becoming an MP. It was all light, friendly and informative - all good fun.  Sir Nick Clegg shared his reflections during a Q&A at the best-attended fringe event; he has little to prove these days so his reflections and clarity are especially compelling.

In the big hall - the one you see on TV - there are rallies.  These include the big set-piece speeches that last about 20 minutes and give the party leaders a direct channel to the membership and the media. In my imagination, I had assumed that this is mainly what conference would be - four days of grand speeches on major themes.  I was wrong, of course.  For me, the speeches paled compared to some of the policy debates.

About 13 policy motions, covering a wide range of topics from mental health to tax reform and foreign policy, were debated for about an hour each.  I went along to many of these and was struck my one thing in particular - expertise…there’s a lot of it.  Each policy area has its proponents and you expect them to be knowledgeable, but it was the depth of specialist understanding that surprised me.  Many contributors clearly knew their topics inside-out and were keen to influence practical and fair solutions.

I’ll definitely try to go again.  For those of us overseas it is a trek but it was great way to tighten links with both the party and issues in the UK.  Whether you’re there for the social-scene, training, policy development, rallies or all four of them the experience is valuable. My favourite part?  Well, there were many and they all started with a nervous newcomer saying “I’m a first-time speaker,” to be answered by a shower of applause from hundreds of listeners.